Behind every small business, there's a story Worth Knowing 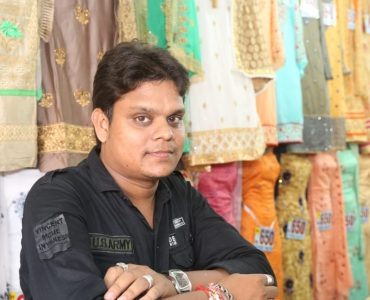 Paras Jain aged 30 years is a resident of Mumbai, in Maharashtra. He lives with his wife and two children. He had a garment shop in Mumbai which was rented. The business was running good but Mr. Paras always dreamt of having his own space.
With his existing finances he was able to provide for his family however he was very keen to have his own shop and expand his business. He approached SFL for acquiring a shop in a different location. He availed a loan of 15 lacs to purchase this property and stock. The shop was set up and he received a very positive response for his business there.
He is finally happy that he could accomplish his dream of owning his own shop. He is grateful that SFL stepped in when he needed the finances.

Sohail Iqbal Tai aged 45 years is a resident of Vasai, in Mumbai. He lives with his spouse, parents and two children. Their ancestral house was built by his father but his father had availed the loan from a private lender and hence was paying heavy interest on this loan.
Although they had a good set up of business they we unable to have sufficient savings owing to the big debt they had from this private lender. Mr.Sohail approached SFL to pay off his debts to the private lender and at the same time expand his business of footwear and wall clocks. When he approached us we explained him the benefits of formal lending system. We offered him a loan of 11 lakh from which he was able to pay off the heavy property debt and also managed to purchase some fresh stock for his business.
The financial aid helped him to free his ancestral property from which he is now also earing rental income. Also the business saw a boost owing to the fresh stocking in their store. Mr.Sohail is extremely happy to have connected with SFL and now has a steady income and savings to support his family. 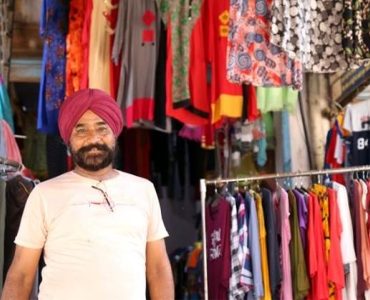 Surinder Singh Applicant Surinder Singh is living in Ambala. He is in the business of retail garments .He approached us to expand his business of garments trading which is setup in a small village. He wanted to increase the stock in his shop to offer wide variety to his customer. For this he required a loan. He was offered a loan of 7 lac for 84 months.
Mr. Surinder used the loan amount for purchasing stock and invest in his business. Now he has good stock in his shop. He always wanted to expand the business and ensure that he could exceed his family expectations and save for his children’s future.
With this loan he has been able to set his business in a better manner and is grateful to SFL for extending the finance at the time he needed it.